Español
You are here: Home » News and Events » Technology info » The Tesla Gigafactory produced the first Model Y giant casting, which is expected to greatly simplify the production process

The Tesla Gigafactory produced the first Model Y giant casting, which is expected to greatly simplify the production process

According to foreign media reports, before the Model Y equipped with the new structural battery pack technology started production, Tesla had produced the first Model Y giant casting at the Texas Gigafactory. 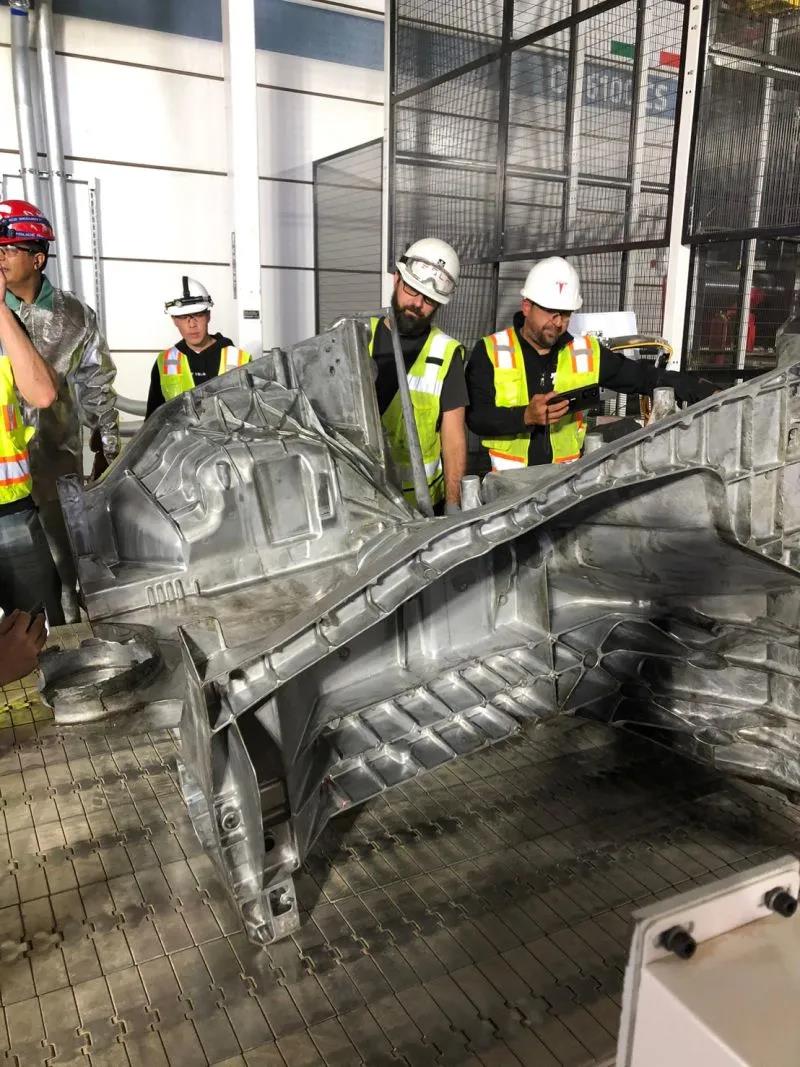 Now, Tesla has begun to produce new giant cast parts for use on both sides of the structural battery pack, aiming to create a simple three-part new car platform. Casting expert Axel Turck leaked the first front-end casting base produced by Tesla, and revealed that this cast part weighs 130kg and will be used in the production of the Texas Super Factory Model Y, which is expected to start production at the end of the year.

Turck mentioned that this giant casting was produced at an Idra casting machine in Texas. According to previous reports, Tesla's Texas Gigafactory received an Idra "gigapress". Last week, a drone video showed for the first time that the giant machine was in operation.

The automotive industry has a long history of casting parts, but usually the casting size is limited and only smaller parts are combined. In the past few years, Tesla has been pushing the limits of the scale of cast parts in order to simplify the production process.

On Battery Day last year, Tesla not only introduced a new 4680 battery cell, but also introduced a new battery architecture for this battery cell. Inspired by aviation innovations (using aircraft wings as fuel tanks instead of building fuel tanks inside the wings), Tesla decided to create a new battery pack designed to be a body structure that connects the lower parts of the front and rear body.

At present, Tesla produces battery packs by converting batteries into modules, and the battery packs are installed in the car platform. The difference between the new battery pack is that Tesla no longer uses modules, but instead builds the entire battery pack into a structural platform for cars. The battery cells will help this platform become a large integral part.

Using his expertise in giant cast parts, Tesla was able to link the front and rear monocoque chassis to this structural battery pack. The new design reduces the number of components and the overall size of the battery pack, so Tesla can improve efficiency and ultimately the range of the electric car. Earlier this year, the Tesla 4680 structural battery pack leaked Reuters photos.