1. Austria seeks to to phase out registrations of new gas vehicles by 2027.

3.  Denmark: plans to ban gasoline vehicles by 2030, and hybrids by 2035; has called on the European Union to expressly permit member states to enact 2030 bans.

4.  Egypt: working on plan to have only electric vehicles by 2040

6.  Germany: Bundesrat (upper house of legislature) passed resolution to only approve emission-free cars for use on the roads by 2030.

7.  Iceland: plans to ban registration of new fossil fuel vehicles starting 2030; Reykjavik is eliminating half its gas stations by 2025.

10.  Israel: plans to ban sales of new gasoline vehicles after 2030

13.  Netherlands: all new cars must be emissions-free by 2030; Amsterdam is banning all gasoline/diesel vehicles from its streets by 2030

18.  Spain: plans to ban the sale of vehicles running on fossil fuels by 2040

Amsterdam: no internal combustion engine (ICE) vehicles will be allowed in city center after 2030.

Brussels: planning to largely ban gasoline powered vehicles from operating in the city by 2035.

Bristol: may be the first city to ban diesel vehicles from entering the city center. 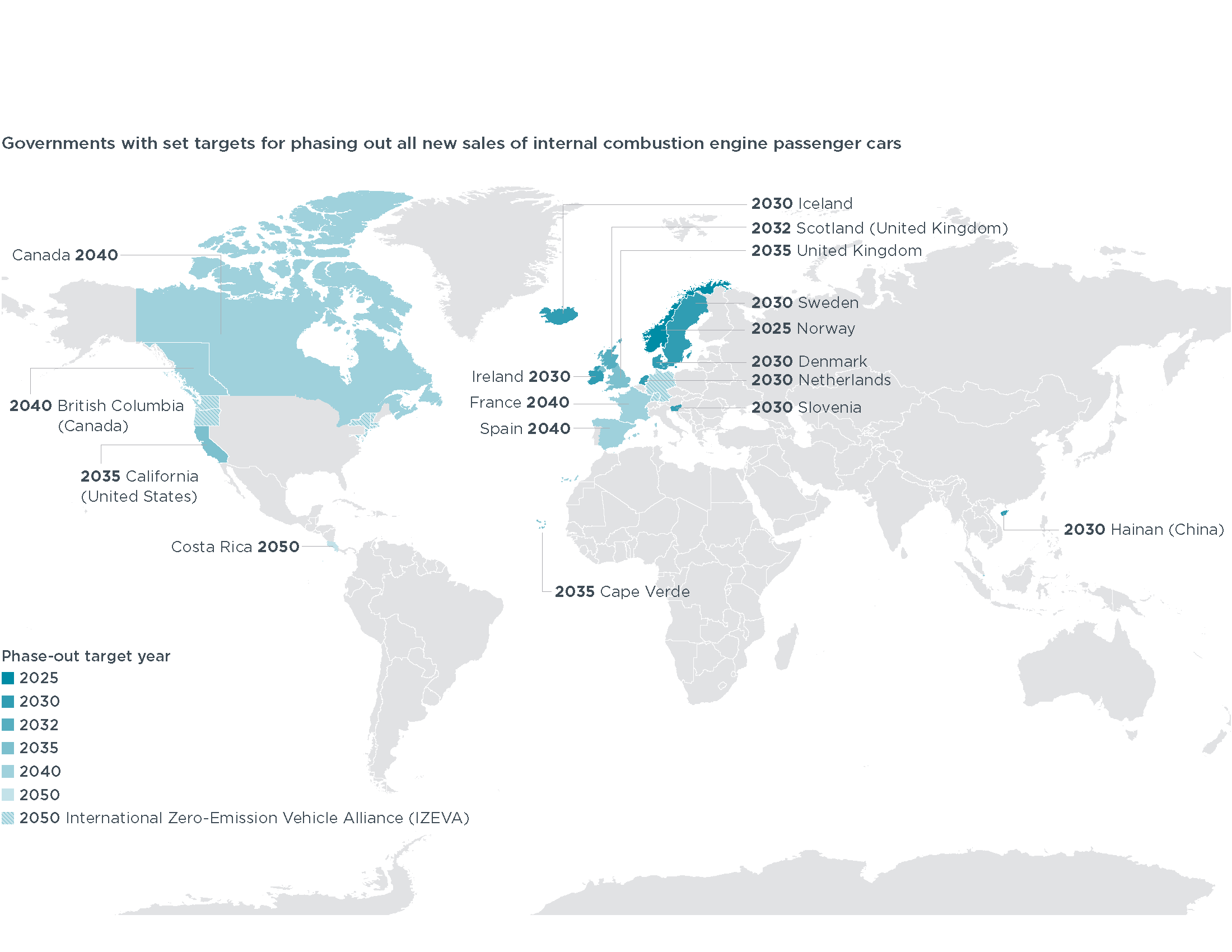